Wound healing is a complex process with many factors to take into consideration. Different methods of measuring wounds have been developed and improved over the years, with the purpose of ensuring precise measurements are taken and documented, which is the primary indicator of the wound healing.

A standardised method of wound assessment across the world has not been proposed or established. Nowadays, wound measurement techniques range from a simple process to a more complex procedure. There are two types of techniques, which include Manual, contact measurements and Electronic, non-contact measurements. With Manual wound measuring techniques, most commonly the Ruler method and acetate tracings/contact planimetry methods are used. As for Electronic, Structured light devices are more frequently practiced.

Currently, Ruler-based methods are preferred in medical practice for wound measurement by wound tracing. The surface area of the wound can be roughly calculated by multiplying the maximum length and perpendicular width measurements. The limitation of this simple technique is clear as wounds don’t often evolve in standard geometric forms. Although simple and attainable, surface area measurements with this technique are not accurate for irregular, large, and deep wounds. The same principle applies in determining the volume of a wound where depth would vary throughout the wound bed. Studies have proven that the ruler measurement can overestimate the size of a wound by 10%-40%. It is suggested that clinicians use careful documentation of the points from which measurements are taken to improve the consistency and the accuracy of future readings and any changes in the estimated size of the wound.

With the acetate method, a two-layer transparent acetate Is applied over a wound and its perimeter is then traced. The contact layer of acetate is then discarded and the top layer is used to calculate the wound area and documented in the patient’s notes. Wound care practitioners also use acetate to trace the border of the wound on the patient when using the digital planimetry method. The tracing is then re-drawn onto the device by placing it on a tablet, which then automatically calculates the wound area. Even though digital planimetry has been shown to produce more accurate results than the ruler-based method, measurement errors can be encountered with acetate methods also. This can occur when the acetate is used to draw the outline on a curved surface and then flattened to calculate the area.

An effective non-contact technique which involves the use of both a digital camera and projected laser beams that distort with the depth and irregularity of a wound surface is known as Structured light or laser approach. The device creates a model of the wounds’ topography using two captured images from different angles of the laser beams. The operator outlines the wound perimeter when capturing the images onto a mobile digital device, which then accurately calculates the wound area and volume. The Structured light mechanism incorporates digital planimetry, which permits the measurement of the curvature of the body where the wound has appeared.

The importance of consistent and accurate wound assessment, particularly within the first 4 weeks of treatment has been emphasised by a number of studies. An accurate predictor of healing is a reduction in area of the wound by 20% to 40% by the end of the first month. If wound measurements are performed and documented poorly, providers may be forced pay unnecessarily high costs for wound treatments or won’t be able to offer simultaneous treatments to achieve proper healing outcomes. 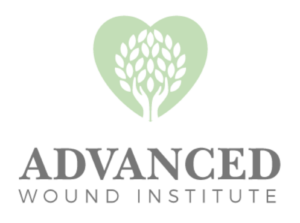 Fill Out the Form to Request an Appointment!